The evolution and history of Upcycling: from the 40s to nowadays

Recently we have often heard about upcycling, a phenomenon that since 2020, thanks to the pandemic, has grown a lot especially in the fashion industry. Many vintage or dead-stock items live a new life becoming fashionable items. Not everyone knows, however, that this trend was not born in recent times but its origin dates back to the early 40s. Let's analyze the evolution of upcycling fashion!

THE BIRTH OF THE TERM UPCYCLING

The first mention of the term upcycling is found in a 1994 article in the architecture and antiques magazine Salvo, in an interview with mechanical engineer Reiner Pilz who explains: "I call recycling down-cycling. What we need is up-cycling, thanks to which old products are given a higher, not a lower, value."

"What we need is up-cycling, where old products have more value, not less." - R. Pilz

During World War II, the British embraced the art of upcycling after the announcement of clothing rationing on June 1, 1941. Available supplies were used in the production of war uniforms as about a quarter of the British population was involved in the war effort. At the same time, a "Make Do and Mend'' campaign was launched to encourage citizens to make clothing supplies last longer. Women at home were forced to recycle just so they could clothe their family during this time of struggle. Advice was dispensed on how to make clothes last longer, how to wash them, how to prevent moth damage to wool materials, and how to store shoes.

During the years of war, the ability to repair, recycle, and make clothes from scraps became increasingly important.

The ability to repair, recycle, and make clothes from scratch became increasingly important. Supplies became so scarce that women could not buy fabric and had to resort to using household textiles, such as curtains and tablecloths, to make clothes. Reusing wartime materials was also popular; blackout material was sometimes used, as was parachute silk, for underwear, nightgowns, and wedding dresses.

AN EXAMPLE OF UPCYCLING IN THE FILM "GONE WITH THE WIND"

A fitting and memorable example of this type of ingenuity is shown in the 1939 film "Gone with the Wind." The protagonist Scarlett, who is in dire financial straits, decides to conquer Rhett hoping to get married to save the beloved plantation of Tara. To succeed, however, must not let him understand that he is in a situation of need, rather, must try to present the best. So, she pulls down the green velvet curtains from the room and uses them to make an elegant dress. With the satin of the linings he sews a petticoat and with the velvet scraps he covers an old hat that he then garnishes with the most beautiful feathers of the rooster of their hen house. 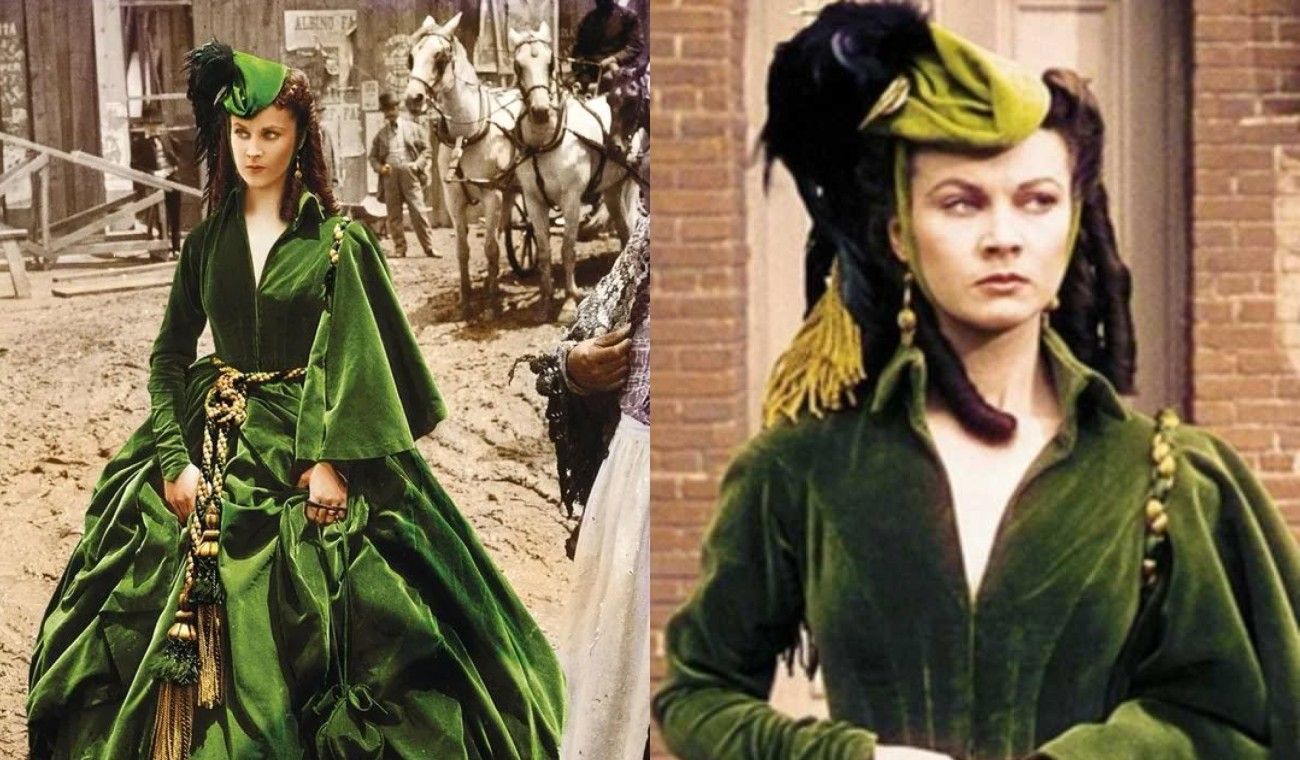 A brilliant idea the one to create a dress using curtains or blankets, don't you think? The idea of reusing this type of fabric can also be found among the ranks of our designers: from the amazing winter collections of Masha Maria, to the latest collection of the French neo-brand Kistaku or Fitolojio. 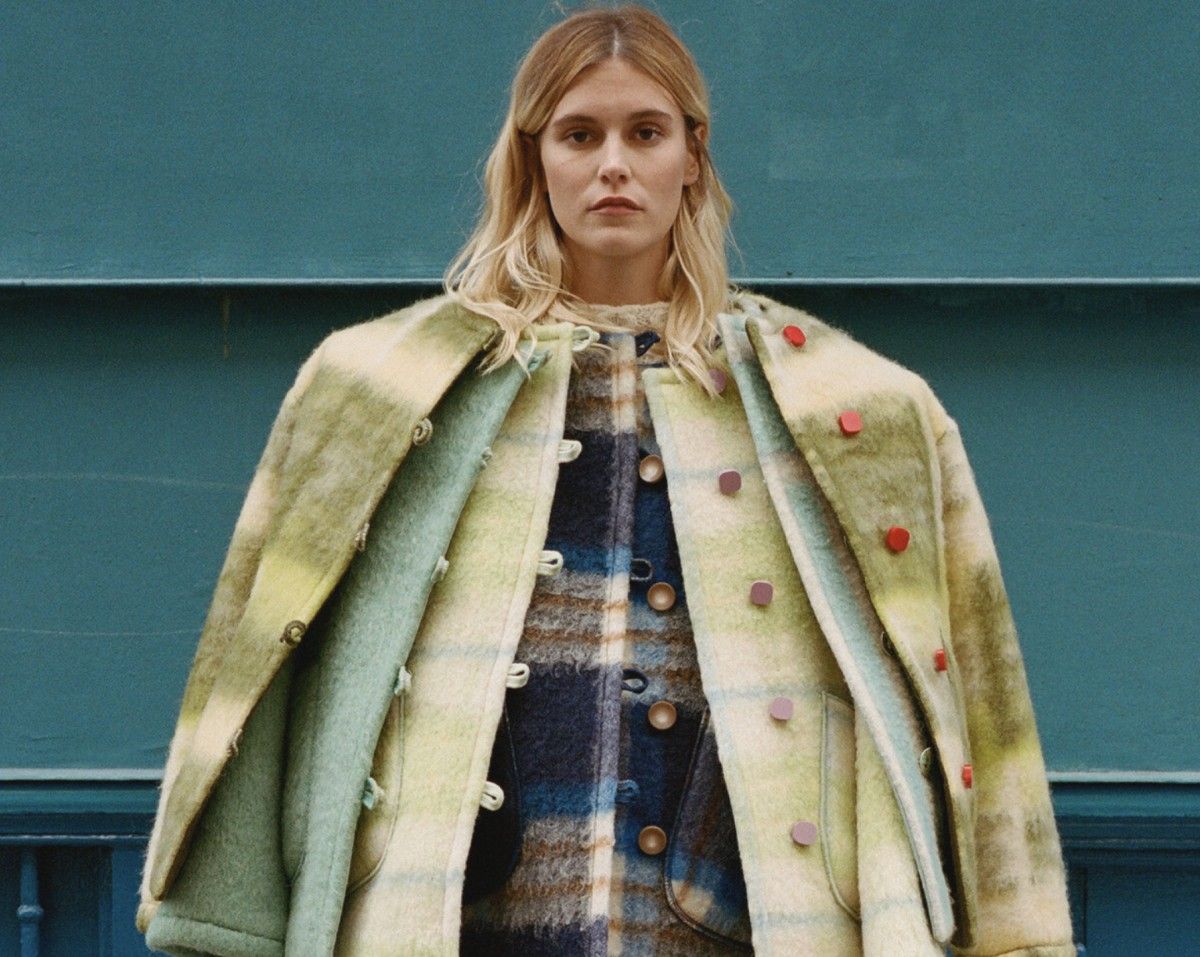 Upcycling, after the 1940s, did not disappear, it re-emerged in a big way in the late 1980s and early 1990s when the UK faced a major recession. The public responded to this crisis by embracing the idea of used clothes. Teenagers, who were passionate about the fashion industry, wanted to express their identity by upcycling and customizing clothes that had been passed down from their older relatives.

One of the most notable examples in modern history, before the term "upcycling" was coined, is Dapper Dan of Harlem in the 1990s. The designer, in fact, repurposed designer clothes taken from his clients to change the fit and style. Daniel Day is considered among the fathers of African-American hip-hop style, in his store he sold clothes he created, often reusing and transforming clothes, fabrics and accessories of big brands, or imprinting fake logos on jackets and duffel bags: there were furs, accessories, leather jackets and wallpapers commissioned by his customers with fake brands. "It was counterfeiting elevated to art. - writes the New York Times - Day made his Gucci, Louis Vuitton and Fendi bags for clients like Mike Tyson, LL Cool J and Eric B. and Rakim in styles and sizes that luxury companies didn't offer."

"It was counterfeiting elevated to art. Day made his Gucci, Louis Vuitton and Fendi bags […] in styles and sizes that luxury companies didn't offer."- NY Times 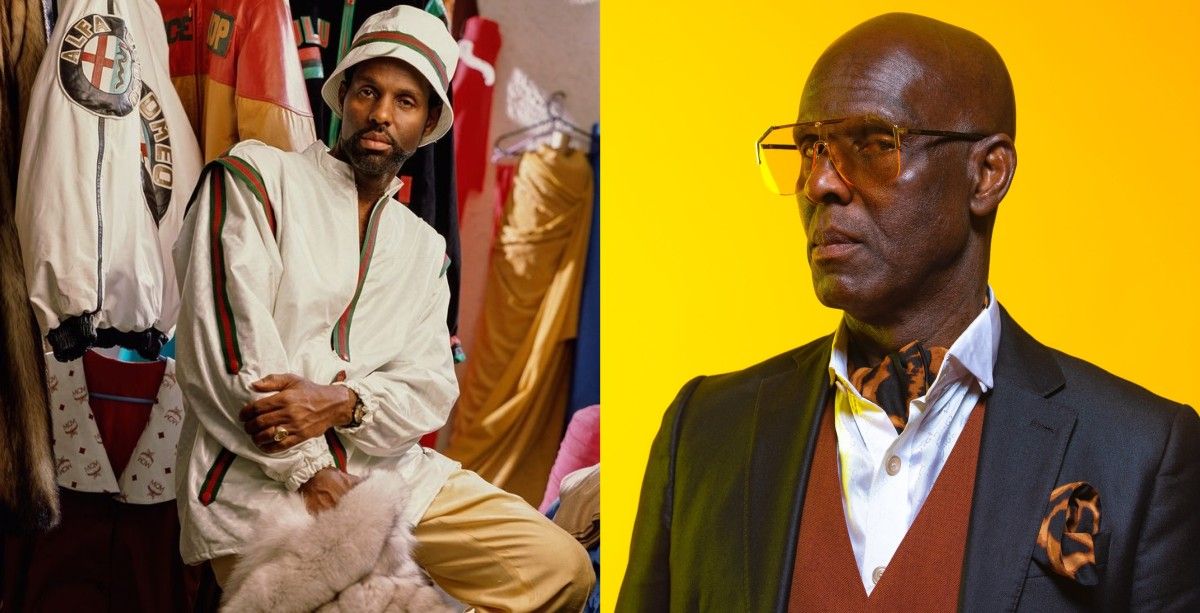 In the 21st century, upcycling is increasingly an ethical choice. The large quantities of clothes produced in developing countries with questionable working conditions, the environmental damage caused by fast fashion culture, the massive consumption of water in cotton production, and the polluting effects of destroying denim are worrying consumers who are choosing more sustainable fashion. There is also a greater focus on unisex fashion, clothes can be increasingly easily upcycled from menswear to womenswear and vice versa. Upcycling is, therefore, often a moral choice for those who can afford the clothes and an economic choice for those who cannot.

Fade Out Label - Deconstructed vintage denim at its best

Upcycling, one of the hottest trend in fashion right now